These five high limit jackpot pokies can be played at Rival Powered online casinos without any hassle.

The word Moolah brings shine to gamers as it reminds them of famous progressive Jackpot pokies Mega Moolah that has made many millionaires all over the world.

But this High Limit Jackpot pokies game comes from Rival gaming company. This is a retro-styled pokies, with no Wild, no Free Spins or indeed any bonus of any kind other than the progressive jackpot. It comes with 3 reels and 1 paylines. The minimum Bet: 1.00 and Maximum Bet: 3.00 and you can win Jackpot: 1,500

Just as the Major Moolah pokies is a retro-styled game, so the symbols on the reels also reflect that too. There are essentially four types of symbols on the reels, but there are no Wild symbols, no Scatter symbols and no Free Spins or other bonus rounds to trigger.

There are also three Lucky 7 symbols, blue, white and red/gold. Again, you can win by landing three of each symbol across the reels, or a smaller amount by landing any combination of these 7 symbols.

The other two symbols are the Gold Coin, which pays out when you land any one, two or all three on the reels and the final symbol is the Major Moolah logo. This pays out the highest amounts in the game, 750 coins for one coin, 1,500 coins for two and the progressive jackpot for all three coins wagered on each spin.

Strike Gold Jackpot pokies is also from Rival gaming. It is also 3-reel games, single payline game with a progressive jackpot and wild symbol. Other symbols such as the pot of gold and gold coin align more with the title and theme of the pokie itself.

The bet stake at Strike Gold pokies is $1 or $2 to give the reels a spin. The progressive jackpot is displayed at the top of the screen and is constantly growing, egging you on to keep playing in hopes of striking gold. Having three ‘strike gold’ symbols line up on the same pay line will win you the progressive jackpot if you’ve bet the maximum amount.

If you bet the lower amount, you will 2000 times your initial bet, i.e. $1000. As is the case with many pokies games, the jackpot ‘strike gold’ icon is also the bonus symbol. One wild icon present in a winning combination will double the value of your winnings, while two wild icons coupled with other icons will quadruple the winnings you would earn without the wild symbol. This means that you can receive up to $480 for having two wild symbols and a pot of gold.

Another cool feature built into Strike Gold is you only need the maximum two coins per spin to take home the jackpot, unlike other games where a higher max bet is needed.

One Million Reels BC from Rival gaming is an exciting 5-Line, 3-coin video pokies game. This new dinosaur-themed pokies features a wild icon with multipliers, and the first multi-line pokies. A 3 reel classic, the pokies has 1 payline and a feature that you wouldn’t normally expect, a wild symbol with a multiplier of up to 4x a pokies that has a progressive jackpot to offer.

The symbol’s image is that of the T-Rex, the same symbol that gives away the progressive jackpot. In case you weren’t lucky enough to get all three symbols with the T-Rex on them, which would give you the biggest prize available, you can still make a profit with one or two wilds. If a combo is formed with their help, you get 2x the usual prize if one wild is involved or 4x the usual prize if two wilds were on the payline at the time. The substitution power of the wild applies to any regular symbol.

Money Magic from Rival is a 3D high limit pokies. The first thing you’ll notice is the Jackpot Meter above the reels, and this displaying an impressive progressive win.

As the maximum bet is just 2.25 coins, that Jackpot Meter really does have some magical allure, though you can enjoy playing this game by combining 1 to 9 pay-lines and 1 to 5 coins, with the coin-value of 0.05 to suit your taste.

You can win all sorts of prizes for spotting magic tricks and items used in magic tricks, and any 3 to 5 matching icons on any of the game’s 9 pay-lines you’re playing will award a line-bet multiplying prize. You can win up to 100x your line-bet for cute little white rabbits, whilst you can fly that bit higher at up to 150x if white doves magically appear. Top Hats, Playing Cards and Magic Wands also all like to get in on the act, and these respectively pay up to 200x, 250x and 300x.

The Magician himself pays up to 400x, but you probably won’t even be watching him when you see his gorgeous blonde assistant. She’s wearing a sexy bunny-girl leotard with stockings, knee length boots and a top hat – and you wonder why nobody see the magician’s sleight of hand.

Prizes definitely get more cutting-edge after that as it’s up to 750x your line-bet for the Swords In The Box Trick, whilst the Saw the magician uses to cut his gorgeous assistant in half with is worth up to 800x.

The Magician also has a second gorgeous assistant who’s dressed in a sparkly blue outfit and can be seen levitating, and the more times you see her icon the more you’ll win. She actually the game’s Scatter Icon and she’ll multiply your total-bet by 3x for 3 symbols, 12x for 4 symbols, and a magical 75x for 5 symbols. Winning the Jackpot is triggered by spinning-in the Jackpot Icons which are the atypical Bunch Of Flowers that magician’s usually make appear from nowhere. You can win a prize for 2 to 5 jackpot symbols, with 4 paying 1,000x your line-bet, and 5 paying 10,000x your line-bet. However, if you’re playing the maximum bet of just 2.25 coins a spin – then 5 Jackpot Symbols will win you the amount shown on the Jackpot Meter.

Five Times Wins is another Jackpot pokies from Rival Gaming  featuring a classic theme and a progressive jackpot.

The classic style features 7s, cherries, and bar symbols, while the progressive gives players a big prize to strive for! Watch out for the 5x symbols as they are the wild in this game, helping players to win 5x the payout!

This online pokies is offered in traditional style, with three reels and three paylines. Easily place a wager with one, two or three coins and give the reels a spin. Coin amounts in the game range from $0.1 to $5, making it easy for both low and high rollers to play.

Traditional symbols are used on the reels including lucky 7s, bars, and cherries. Earn a payout for any three symbol bar combination or any three sevens with one, two or three coins wagered. Three cherries, three single bar, double bar and triple bar sets of three also provide payouts.

The symbol is the wild in the game and will substitute for others to create a winning payline. It also provides 5x the winning payout in any winning combination.

Earn a match of three green, red or blue 7s to earn a payout. The highest payout from 7s is found within three red icons with a max bet for a 150 coin win.

Three cherries provide a payout in this game, with one, two or three coins wagered.

5x symbol is the wild and will substitute for other symbols to help create a win. Any winning combinations with a wild offer 5x the payout. Three of the 5x symbols with the max wager placed will earn the progressive jackpot.

If you are wondering where to play Rival Jackpot pokies then join Superior online casino with your real AUD or BTC to play with real money or simply join the online casino to play for free. 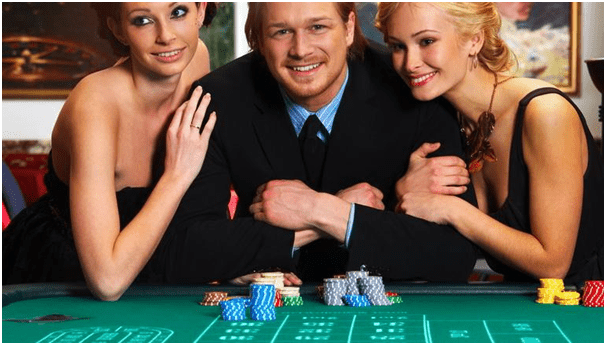 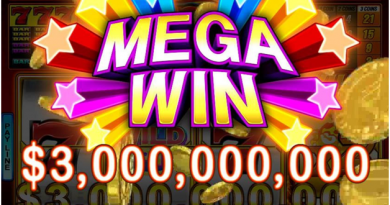 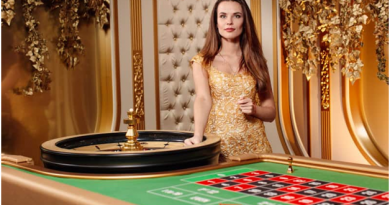